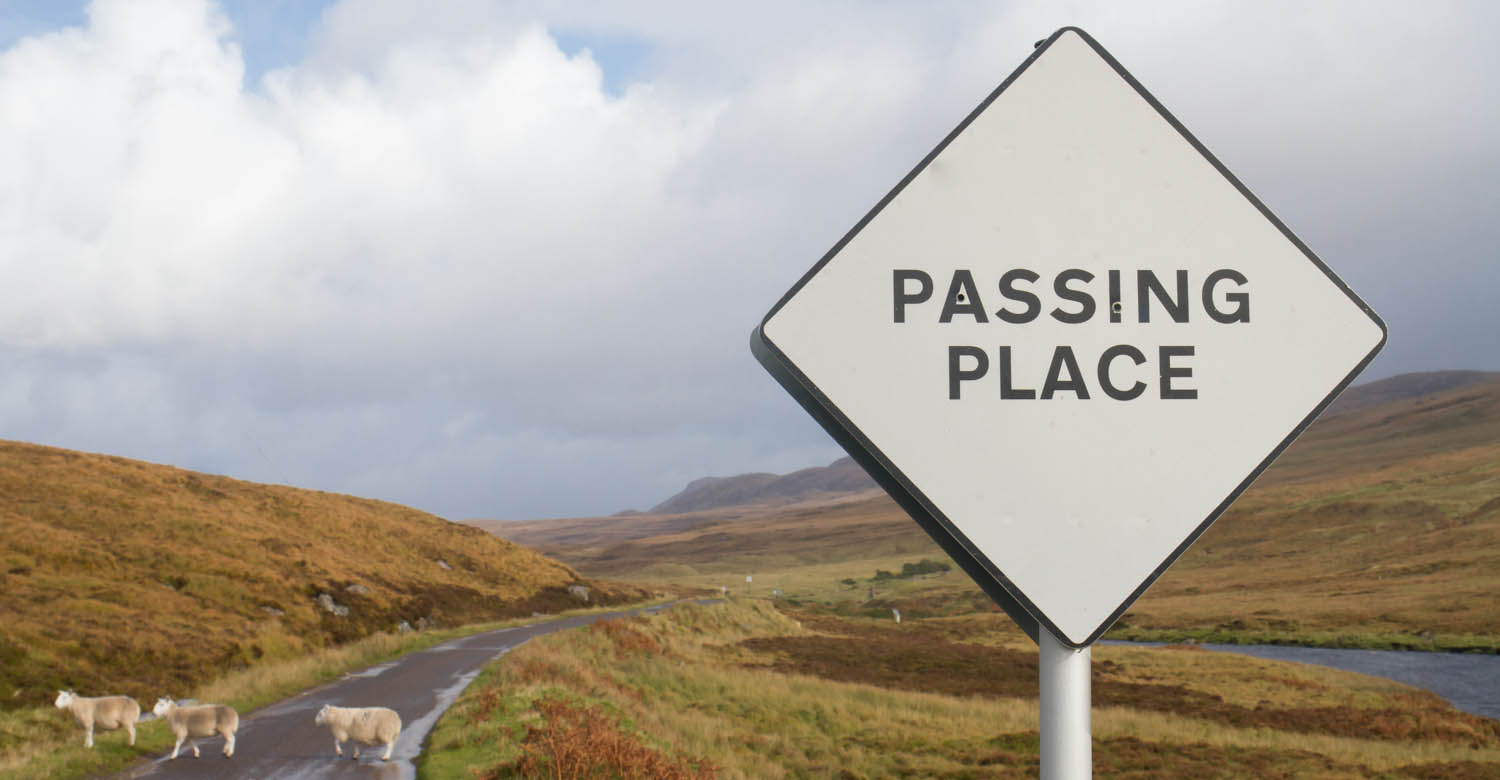 Two whole years have passed since we packed our car and a hired van with our whole world inside and landed in rural Perthshire. Year two living in Scotland for us has been more adventures and to celebrate earlier this week we have been driving the North Coast 500.

Following our first year anniversary we made plans to do lots more new things and top of the list was to go to the Enchanted Forest event up in Pitlochry. It was brilliant, we thoroughly enjoyed it and can see why tickets quickly sell out. We discovered that we could see the salmon leaping up Black Linn waterfalls at the The Hermitage. For me this was both mesmerising and heartbreaking, to know that these beautiful creatures go through so much to get to where they will spawn and then most, will die.
Toward the end of the month we set off to spend the week over in Machrihanish on the west coast. Walks on the beach, a couple of rounds of golf, eating cake, distillery tours and more walks on the beach.

SNOW! Dragging Dude on a photo roadtrip to Glen Coe when the first lot of big snow was a great idea. Of course, we weren’t the only ones out chasing the blue skies and snow capped mountains but we had an awesome day. Each and every time I drive through Glen Coe it gives me goosebumps and I remember the overwhelming feeling of awe the very first time I saw the Buachaille. We also had plenty of cold, crisp walks in various other places – St Andrews beach, Kinnoull Hill and Moncreiffe Hill too.

The run up to the festive season was busy with blog trips to both Edinburgh and Glasgow for Christmas markets, ice skating, gluhwein and catching up with friends. Christmas day and Dude was working so I popped over to St Andrews for a rather wild and windy walk along the beach. I think this will be my new Christmas tradition.

The new year started with grand gestures of walking 2017 miles, climbing munros, blah blah blah. Non of that has actually happened! However, I did get up to Shetland for Up Helly Aa on a press trip and had THE best experience. The fire festival held on the last Tuesday of every January, in Lerwick is something I will never forget. Highly recommended. We also reviewed the New Lanark hotel and saw the Clyde Falls in all their snowy glory. Another first for us was also an evening at the Celtic Connections over in Glasgow – flippin’ brilliant!

Birthday month and there were plenty of plans and quite a few involved cake. I spent one day walking around Edinburgh with one of my friends who live there, I had asked her to show me around and we were lucky that the sun shone for us. For my actual big birthday Dude had planned a secret destination trip. He whisked me away up to the mountains of Glen Coe. We managed plenty of walking in Glen Etive and Glen Nevis for lots of waterfalls, deer, and snow. The boy done good!
We also paid our visit to the new Pitlochry Dam Visitor Centre and learnt a lot about the local history and the making of the dam. It’s a free attraction and well worth a visit.

A nice relaxing start to the month with a few days reviewing Cameron Club Lodges – a short break with a spot of golf, spa treatments and lovely food. Then on to Killin for some time exploring Killin and surrounding area. It’s a really pretty little place and well worth a visit.
Of course, with the Golf Show on in Glasgow we headed over to see what was new. I don’t play golf but I was surprised to see very little on offer, in the way of clothing etc, for women who play. Hopefully this will change.

I had big plans for April. It was the Dude’s big birthday and I was reciprocating the favour of the surprise destination trip. I had chosen Aviemore and an itinerary that also remained hush, hush. We went up Cairngorm Mountain on the Funicular Railway – it was brass monkeys but with a clear view we had a great time. Walks around loch Morlich and the woodlands were also blessed with good weather and a bonus for watching the ospreys too. The topping to the weekend was a trip out on the Strathspey railway, first class with a three course meal. I earned some brownie points with that one!
We were also lucky enough to be asked to take part in a stained glass window making weekend over at East Neuk Glass. Possibly one of the the best things we have done this year. Hands on and learning and how to make a (small) stained glass window, using traditional methods. If you like the idea of learning something new or being creative, then this course could be for you.
Another part of Dude’s birthday present was a trip out on the canal for afternoon tea. Totally forgetting that we were in Edinburgh, we chugged along the canal, eating cake and drinking tea. Perfect.

In May Dude abseiled down the iconic UNESCO World Heritage site – Forth Bridge for charity. Raising money for Chest, Heart & Stroke Scotland and having the opportunity of a lifetime. Later on in the month we had a trip to Bass Rock to see the home of 150,000 gannets and other sea birds. Setting off from the Seabird Centre in North Berwick to experience the sensory overload of this bird colony.

Work trips to Caithness and visits to Castle of Mey and Dunrobin in some slightly soggy weather in June for me. But the sightings of puffins at Dunnet Head that would make everything better, no-matter the weather.

We discovered Drummond Castle and Gardens in Perthshire in July too. Such a stunning place and we are hoping to visit soon to catch the autumnal colours. The Scottish Golf Open at Dundonald Links course in Ayrshire was our first time watching “live” golf. Dude was super excited to see some of his favourite pro-golfers in the flesh.

This month was all kindsa cool. Our first experience seeing the Edinburgh Military Tattoo live instead of on the television. I worked at the World Pipe Band Championships in Glasgow. It took DAYS for my ears to stop ringing but such an incredible event. More work trips to Peterhead Prison Museum  and Dunnottar Castle in Aberdeenshire.  Early one morning I headed over to Loch Lomond to photograph the Great Scottish Swim. Hundreds of swimmers in wetsuits hoping to complete various length courses in the dark water. We also spent time closer to home with walks at the Hermitage near Dunkeld. One of my favourite spots to find fungi.

I had wanted to visit Queens Well in Glen Esk for a while. So off we set one Monday morning whilst most people were off to work for a day in the fresh air. We were lucky with the weather for the 15k walk down the glen and around loch Lee.
Another place that has been on my list of places to visit is Balvaird Castle. It’s ten minutes away from home and we really should have done it sooner. It’s a bonny place and has some cracking views across Fife too. Something else that is on our doorstep is the river Tay and we were lucky enough to have a boat trip on the river from Perth city centre. It’s also that time of year again for the Enchanted Forest. We were looking forward to this years event but sadly (in my opinion) the main light show over the loch didn’t quite live up to last years. That said, we still enjoyed it and will be looking to get tickets next year.

Year two living in Scotland has been kinda cool. At the start of the year I was asked to be a VisitScotland Ambassador for their iKnow Community and this has spurred me on to explore more and learn more about my local area and across Scotland.

The many opportunities we have been afforded and have worked hard for and they have fuelled our wanderlust. Our list of things to do/places to visit etc, is still ever-growing and this only makes us want to see more. We manage our time so well that Dude frequently gets asked by his colleagues if he “ever actually does any work.”

My advise would be if you want to see more of Scotland, don’t make excuses. Find a way.

Here is to our third year and more road trips, walks on the beaches and gin. More gin! I will continue sharing on the blog and on my social media.

This site uses Akismet to reduce spam. Learn how your comment data is processed.